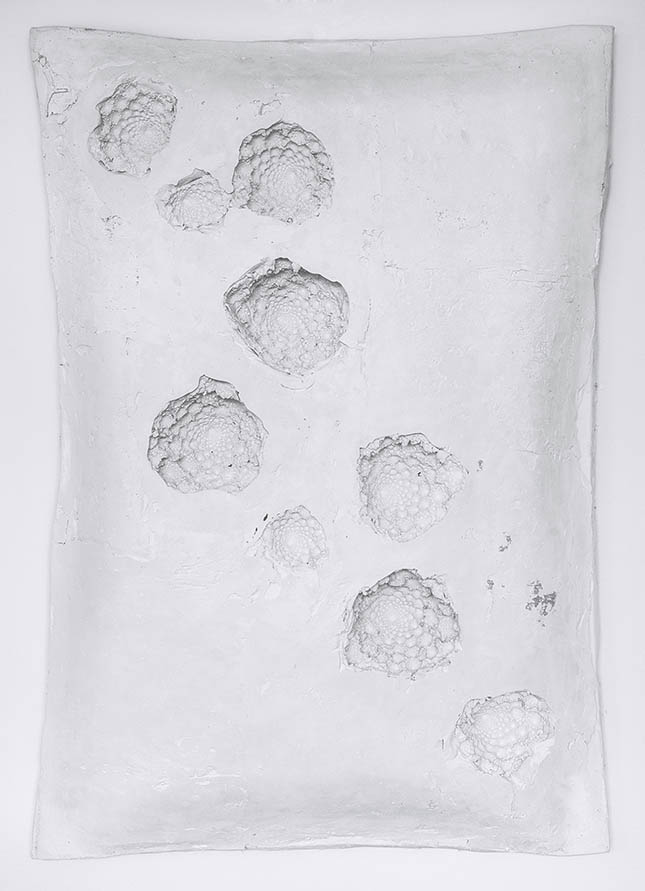 My love for art materializes after various work experiences. As an artisan I have dedicated myself to the fusion of glass for years, fascinated by that material capable of changing shape with the heat and which led me to be interested in casts and matrix molds. The  love for imprints has grown deeper during academic courses, especially during the forming workshops: the poetry of silicone molds, the reflection on empty and full, the value of plaster casts.

Like the casts of Pompei, the cast does not imitate a form but takes the place of what was real by filling the void trapped by matrix molds which have preserved its shape before its disappearance or destruction, immobilizing it forever beyond any temporal dimension. The cast becomes the repository of the memory of a passage or of a change of state, memento mori of a transient nature.

The vacuum is not a state of non-being but full of fleeting electromagnetic waves and particles that are constantly being created and destroyed, too quickly to be seen. As in platonic hyperuranion, it contains the potential of everything that exists and will exist in the future.

When, in one of my many lives, I worked as a flight attendant, I was able to deepen my reflections on emptiness, on what cannot be seen but is real, like space. When I flew, I didn't feel like I was suspended in the air, felt rather being contained by it. I think that if our body suddenly disappeared it would leave its mark on the void for an infinitesimal time. The void is the imprint of the full, content and container, as real as the body that delimits it.

To our limited senses only things that we can see, touch, or perceive appear real without thinking that their structures, including our body, are mostly made up of vacuum and it is precisely the vacuum that gives the most shape to the structure of what we can perceive with the senses. Form is empty, emptiness is form.

The void is one form among the forms of perceived reality.